Jobs that are shaping the future: 10 newly-emerging IT roles to consider

Future forecasting is always an exercise in guesswork to a lesser or greater extent, however trends in today’s market point towards the likelihood of certain skillsets having increasing demand in the workplace of tomorrow. In this article we will look at ten newly-emerging IT jobs that are predicted to be some of the main drivers of the world’s technical progress in the coming years:

Whilst cybersecurity specialists have been in demand for a number of years now, their expertise is likely to be even more sought after in future years with the continuous growth of datacenters in terms of both size and number, the virtual total movement away from data being stored on more traditional mediums such digital optical media towards cloud storage, and the subsequent level and frequency of hacker attacks associated with cloud-based data.

Robotics and cybernetics have been around for decades; however, sophisticated computerized systems got their first visual sensors – capable of detecting, identifying, analysing and tracking objects that fall into their area of vision – relatively recently. The improvements in computer vision mechanisms and related machine learning algorithms have become a very in-demand skillset, especially in light of the development of the next generation public security protocols and anti-terror policies.

Machine learning in itself is a vast new area of advanced programming, that became very much in demand in recent years. Building sophisticated neural networks, that are able to process huge volumes of information and learn trends and logical inter-dependencies, is an area that has been harnessed by many personalised digital marketing technology applications. As the world embraces e-commerce even more warmly in the light of COVID-19, the role of machine learning as the technology platform to power commercial applications seems likely to grow considerably.

Cloud solutions are not new to any of us; however, the widespread availability of tens and hundreds of various types of cloud services and solutions creates new challenges: how to integrate these elements into a solid system, that remain stable, functional and with minimal downtime. The mission of a qualified multi-cloud integrator is to link the loosely-connected elements of a multi-layered enterprise cloud infrastructure. Considering that cloud solutions are experiencing huge levels of adoption across many market sectors, these roles would seem highly likely to continue being in high demand for the foreseeable future.

Everybody is talking about Agile, but very few actually understand what it means. The term became especially popular in the last five years or so: it became so widespread well beyond the IT industry, that some true Agile practitioners started talking about “the agile inflation”. Agile principles are simple and may be written on an A4 piece of paper, although their profound understanding and, more importantly, efficient implementation is a skill that makes Agile coaches essential to any team that is aiming for long-term sustainability and growth in virtually any technology field.

The product development process in the world of IT is a tricky task: on one hand you have a client, who may not be IT-savvy, on the other – there is a team of developers, who are top-line professionals… within their scope of work. It can be difficult for the two parties to meet in the middle and find a common ground while developing a product. Here is where a product owner comes into play – someone who can essentially act an effective interpreter between the client and the developers, serving as a bridge between the business and the programmers. As technologies become more complex, multiple and ultimately silo’ed, the role of the product owner has become, and is likely to continue to be, of greater importance in complicated projects.

Currently the applications of the AR technologies are fairly limited, with the main adaptations have been developed to previewing the furniture (very much pushed by IKEA for example) with some mobile gaming applications, and also some forays into the world of AR from the world of clothing and apparel. That being said, analysts predict a rapid growth of AR in the next five years: from a current spend o $7.6bn to $29.5bn in 2025. Silicon Valley giants are actively researching and developing new hardware and software applications for wider deployment of AR technology, with Apple’s LiDAR pulling the entire pack of competitors into the AR race and making it likely that AR architects will see an increase in demand in the coming years.

IBM and Google have been working on quantum computers development for several years now and the first prototypes are already being tested. So far this is quite a niche, almost sci-fi area of cybernetics. At the same time, we would have said the same thing about Wi-Fi and Bluetooth 25 years ago. So whilst less is known about this area and it’s more difficult to foresee what might happen, it’s certainly an area for up-and-coming techies to take a serious look at.

Wearable devices became part of our lives seamlessly: with introduction of the first smartwatch and fitness bands models in last decade, the wearables started to evolve and penetrate in many aspects of our lives, taking the development of Internet of Things to the next level. All of big 5 tech companies (Amazon, Alphabet, Microsoft, Apple and Facebook) have seriously invested in wearables and whilst there remain questions about data privacy related to this field of technology (hello again cybersecurity experts!), the uptake of wearables is predicted to so great in future years that the idea of becoming a wearable technology specialist could be a very appealing one.

One of the current trends in automation is its introduction to transportation vehicles; specifically cars and sea vessels. Whilst airplanes have relied on autopilots for decades now, cars are only starting to adopt automation technologies, and sea vessels are the next candidates to get computerized autonomous control interfaces. Transport automation is already becoming a hot new area of IT, and therefore the demand for specialised professionals in this area could see steady growth. 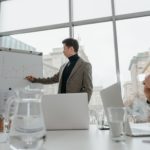 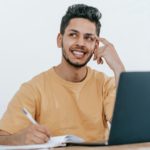 How to set career goals in 3 steps 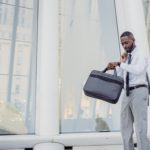 Time to Hire: Save Time by Hiring Contractors! 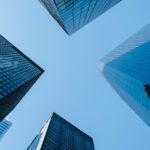 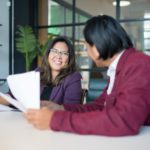 Are you seeking a new talent solution? 5 Reasons why contractors should be the first port of call! 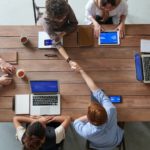 Contractors – The Solution to Your Recruitment Problems!